7 Things You Might Not Know About The Flying Scotsman

Happy St Andrew’s Day to our Scottish neighbours! To mark the occasion, we’re shining a light on the legendary Flying Scotsman steam train - one of our most popular railway sets.

Why Is The Flying Scotsman Famous?

Trips on board the Flying Scotsman train date all the way back to 1923, when it became the first locomotive of the new London and North Eastern Railway. It cost a whopping £7,944, which is equivalent to almost £500,000 today.

The train is often known by its iconic pre-war number, 4472, but was named the Flying Scotsman after its daily London to Edinburgh passenger service started. 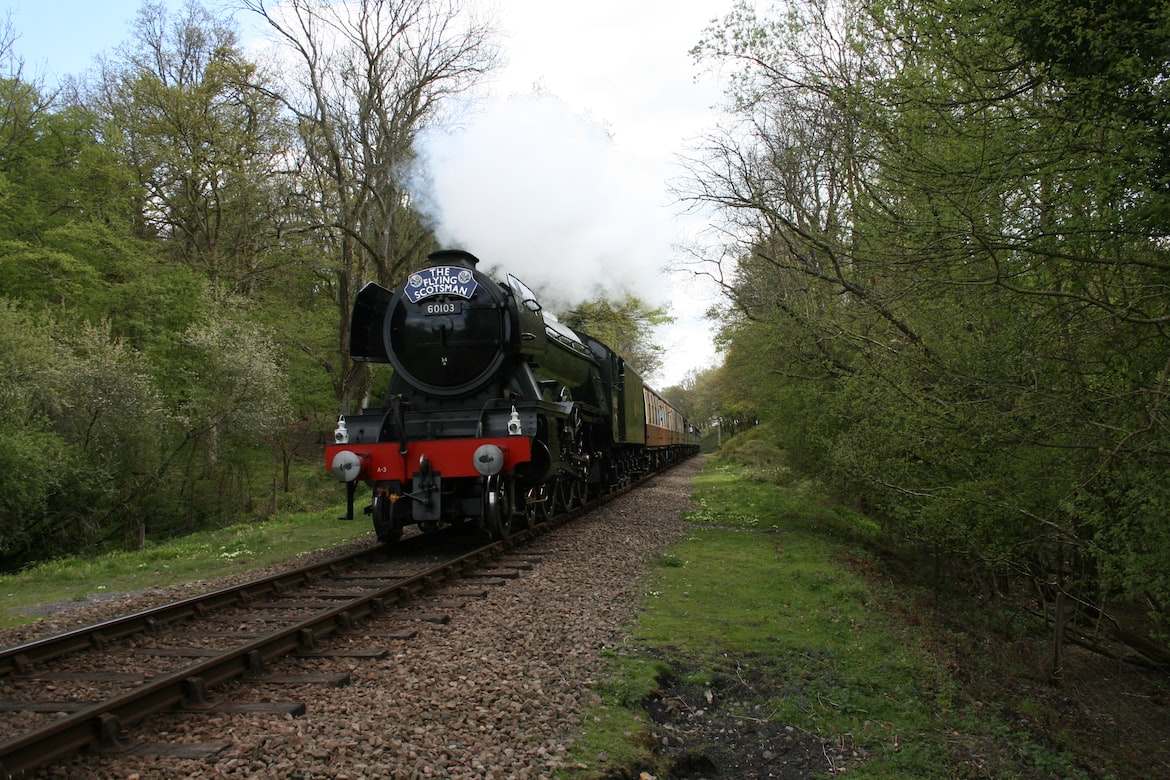 7 Fun Facts About The Flying Scotsman

The Flying Scotsman is arguably the world’s most famous steam train, but here are a few things you might not know about this pioneering locomotive. 4. It starred in one of Britain’s very first ‘talkie’ films

5. Journey times were reduced by 8 hours in 1928 as the train was redesigned with a different style of corridor, meaning a new crew could take over without stopping

6. It holds the world record for a non-stop run in a steam train

7. It was painted black during the Second World War, but has since returned to its classic Granny Smith Green! Tiny trainspotters can watch the historical Flying Scotsman pull into their playroom station with this wooden train set. It’s part of our Heritage Collection and features a train track with a viaduct and two junctions, as well as a ticket office, trees, cars, workmen and local villagers to help set the scene.

If your youngster already has their own kids train set, they could deck it out with our Flying Scotsman Engine or pick up the battery-powered version and listen to its authentic rumbles as it chugs along. Train toys are a great way to (loco)motivate littlens to use their imaginations and practise their storytelling skills, helping to build their vocabulary as a result. It’s also a relaxing mindfulness activity, encouraging kids to step away from their screens and enjoy a bit of playful nostalgia.